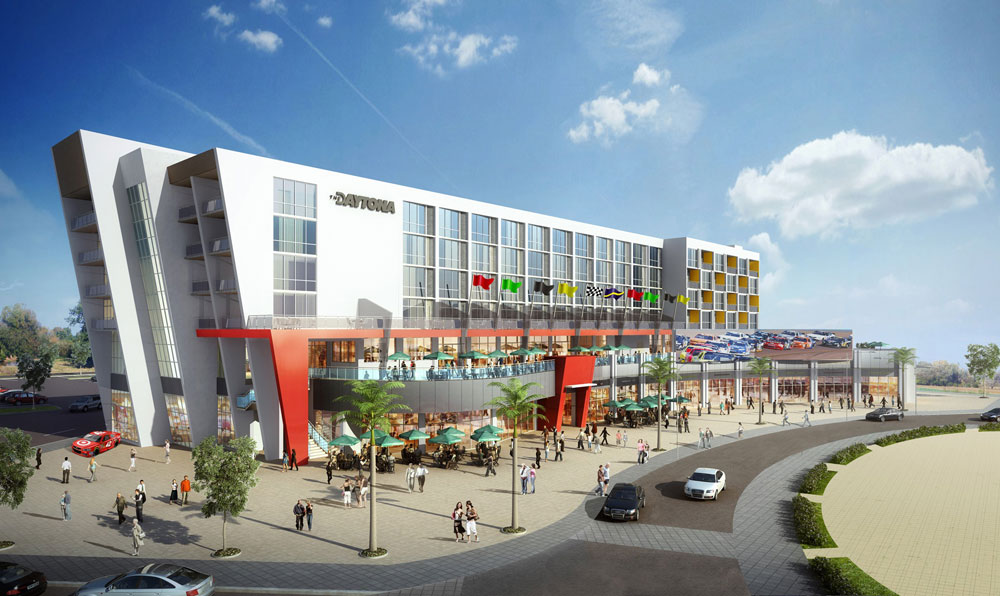 With the Daytona 500 this Sunday at the newly renovated Daytona international Speedway, there is more exciting news coming out about One Daytona, the new entertainment destination that will be located across from the speedway. It was recently announced that P.F. Chang’s will be added to One Daytona as well as a 144-room Marriott Autograph Collection hotel, called The DAYTONA, which is meant to compliment a second hotel, a 105-room Fairfield Inn & Suites by Marriott. Other confirmed tenants at One Daytona include Hy's Toggery, Kilwin's Confections, Bass Pro Shops and Cobb Theaters. There are also plans for a 268-unit luxury apartment complex on the grounds of this proposed five million square foot development. The first phase of One Daytona is planned to open in 2017. What other stores, restaurants, or entertainment options would you like to see at One Daytona?

*image from One Daytona official site